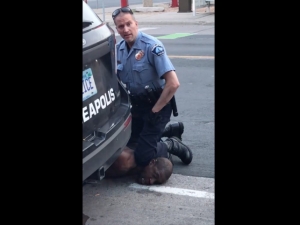 The only problem with institutional racism is that it does not exist in the United States today.  The ante-bellum South is the closest this country has ever come to institutional racism and it was destroyed.  Racism is an individual problem, however, collect enough racists and racism can be come institutionalized as we have seen here and various places around the world.  Contrary to the repeated assertions by various individuals and groups, the numbers show a different narrative.  At worst, society has individual racists acting within institutions

The fact that young black men are being killed with no, or little, provocation by police, as well as by one another, as reported by the FBI, is  appalling.  But it does not mean there is institutional racism.?

Institutional or systematic racism requires a program of racism that is supported by law and enforcement.  No city in this country, has laws or rules, stating “shoot young black men” and there is no evidence that police are enforcing such non-existent laws.

The numbers do not support the erroneous assertion of institutional racism.

What do the numbers show?

The Washington Post, keeps a Fatal Force database that tracks police shootings.  Since 2015, 1298 blacks (total, not divided into categories of age or sex) have been killed by police.  These killings have taken place in every state in the Union.

The underlying tragedy of death should not be minimized.  There is terrible heartache associated with death by any means.  However, emotions do not validate the assertion of systematic or institutional racism.   Black males number over 21 million in the United States. Only 1 of every 100,000 black persons has been killed by police. To believe that the deaths are because of systematic racism is folly.  To believe that each death is the result of a racist officer is certainly more plausible and likely, but not necessarily true either.

Racism is a problem